The Computer Science department at Cardinal Allen aim to equip students with the skills to participate in a rapidly-changing world through challenging and engaging topics. Students will develop an understanding and application in the fundamental principles of Computer Science by having the opportunity to use programming languages, learn about computer hardware and produce professional digital products. Computing skills are a major factor in enabling children to be confident, creative and independent learners and it is our intention that students leave school with the skills to fully embrace a future of rapidly advancing computer technology. 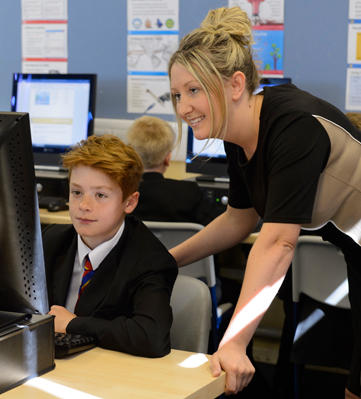 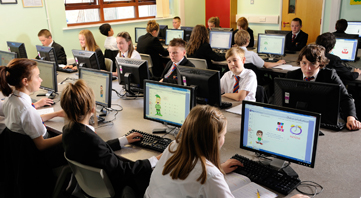 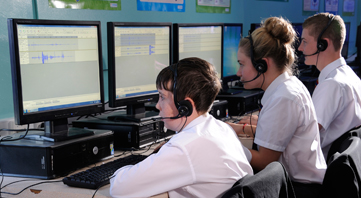 Using Computers - This unit covers the basic and safe use computers. You will learn about logging on, the virtual learning environment, file management, email, cloud computing and online safety. The summative assessment comprises of closed-ended questions.

Understanding Computers - This is a theoretical unit about how computers work. You will learn about computer systems, processing, memory, storage, binary and binary arithmetic. The summative assessment comprises of closed-ended questions.

Koding In Kodu - This unit is a practical unit on coding in Kodu. Through the coding and creation of games will learn about landscapes, navigation, pathing, scoring and health. The summative assessment comprises of the creation and evidencing of a game.

Control Systems With Flowol - This unit is a practical unit on control systems with Flowol. You will learn about flowcharts, sequencing, sensors, subroutines, actuators and variables. The summative assessment comprises of open-ended questions and evidencing of the flowcharts created.

In Year 8 students will learn about local and wide areas networks and how encryption works, write a series of programs to control a very simple computer called a micro:bit, learn about computer crime and cyber security and finally use the programming language Python to create a range of text-based programs.

Micro:bit - This is a practical unit on coding a micro:bit. It has been designed to bridge the gap between visual and text based programming.  You will learn about a range of coding concepts including inputs, outputs, variables, loops, selection, sprites and arrays. The summative assessment comprises of a range of coding tasks

Computer Crime And Cyber Security - This is a theoretical unit about computer crime and cyber security. You will learn about network security, social engineering, viruses, malware, hacking, firewalls and the Computer Misuse Act.  The summative assessment comprises of a range of closed-ended questions.

This course provides students with a real, in-depth understanding of how technology works. It will provide an insight into components that make up a system, and how they communicate with one another. Students will learn how to apply the fundamental principles and Computer Science, including abstraction, decomposition, logic, algorithms and data representation. Students will also gain experience of designing, writing and debugging programs. 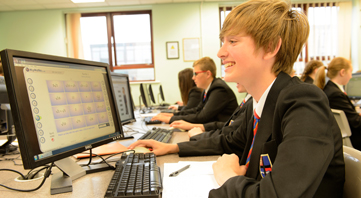 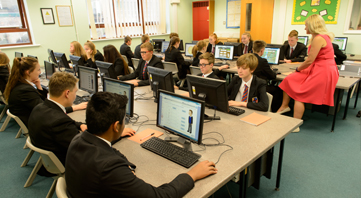 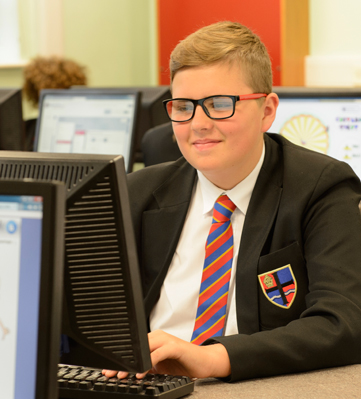 Students will look at the various components of the CPU used in the Von Neumann architecture. Students will build on the fundamentals covered at KS3 in Understanding Computers unit, concentrating on RAM, ROM, cache and the need for virtual memory. Finally, they will examine the need for secondary storage devices.

Students will look at how the Internet, IP addresses, packet switching and DNS services work. You will move on to look at LAN network topologies and virtual networking. Students will also look at wireless networking, frequencies, client-server networks, hosting and encryption. Finally students will examine common protocols and the concept of layers.

Students will complete a mock controlled assessment which will include the planning, design, programming and testing of a program for a given scenario such as a password reminder program or a rock, paper scissors game.

Students will look at the threats and vulnerabilities of computer systems and programs including social engineering and the concept of SQL injection. Students will also look at the role of an operating system and utility software. Finally, they examine the roles and different methods of backup.

Students will complete a range of practical activities using the Raspberry Pi computers including a Pac-Man treasure hunt using the command style terminal and creating music through coding with SonicPi.

In this unit, students look at examples of ethical, cultural and environmental considerations in relation to computer systems in the modern world. They will also look at the licensing of software and legislation in respect to the use of computers.

In this unit students will look at the concepts of computational thinking; abstraction, decomposition and algorithmic thinking.  Students will look at standard searching and sorting algorithms, followed on by developing your own flow diagrams and pseudocode.  Finally they will interpret, correct and complete a range of algorithms.

In this unit students will look at common tools and functions of an IDE and the facilities of languages. You will also look at Boolean logic, truth tables, testing and error handling. Finally they will look at the classification of programming languages including translators and low-level languages.

This component focuses on the physical elements of computer science and the associated theory. Students will study the Central Processing Unit (CPU), computer memory and storage, wired and wireless networks, network topologies, system security and software. They will also become familiar with the impact of Computer Science in a global context through the study of ethical, legal, cultural and environmental concerns associated with computer science.

This component focuses on the core theories embedded into computer science and the application of computer science principles. Students will be introduced to algorithms and programming, learning about programming techniques, how to produce robust programs, computational logic, translators and facilities of computing languages and data representation. Students will also study computing related mathematics including exponentiation and modulus.

This component is a formal requirement that requires students to design a coded solution for a series of tasks supplied by the examination board. It is designed to consolidate the learning across the specification through practical activity. Students will create suitable algorithms, which will provide a solution for each task before coding them in a suitable programming language. They will create a test plan complete with test data to ensure coded solutions solve the problem. Previous tasks include the development of a speed camera system and a stock control program.

After school clubs are provided for students who wish to stretch their abilities. Catch up and support is available on a one to one basis where necessary. Some of the support sessions, clubs and activities offered include: